Kicking off our countdown at number five is the May 25th arrest of a man in Meridian, Idaho. In the wee hours of the morning, a door alarm at a spa and tanning salon there was activated. Jessica was monitoring the account and received the alarm as well as the audio that followed. She heard someone entering and walking around, opening and closing drawers. She dispatched Meridian PD and notified the salon owners. Officers arrived with a K-9 unit and arrested a man in the facility. Making this apprehension so notable, however, was the strange scene they found during the arrest. 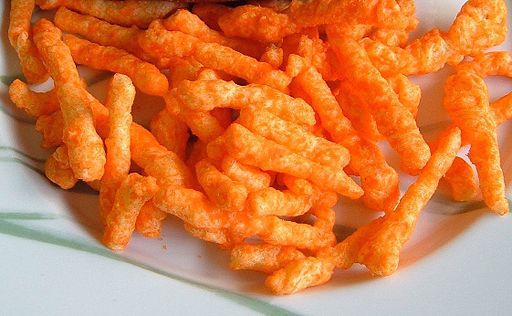 When the officers walked in, the suspect was sitting on a spray tanning chair eating Cheetos. Cheetos and soy sauce were strewn across the floor, and the business’ cordless phone was in the microwave. The suspect was too drunk to comply with the officer’s requests, but he insisted that the back door was unlocked when he arrived. Nothing was stolen or damaged, so the intruder was booked only on unlawful entry charges.